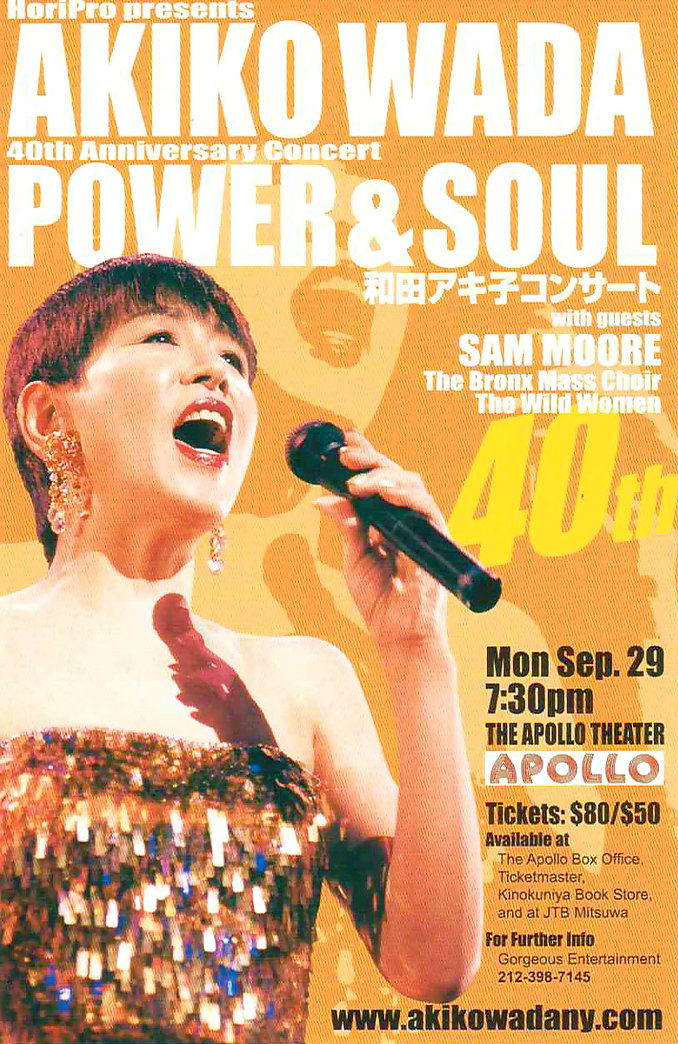 Since 1968, Akiko Wada has been a successful entertainer and singer throughout Japan. Known for her bold personality as well as her physical presence, there is no question of her stardom with her Japanese fan base. She has appeared countless of times on the annually televised “Kouhaku Uta-Gassen.” On September 29th, 2008, Ms. Wada appeared in concert at Harlem’s historic Apollo Theater. Considered the Queen of R&B by many, she performed popular songs such as “Soul Man,” and “Georgia On My Mind."