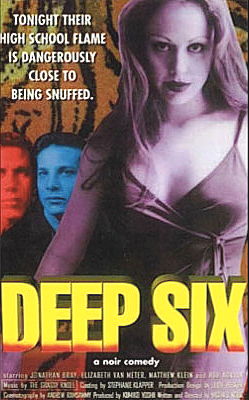 A career criminal tries to reconnect with his high school sweetheart, but sparks a rivalry and incites a deadly plot.

A noir comedy, DEEP SIX tells the story of an up-and-coming mobster whose attempts at rekindling his romance with his high school flame are frustrated by a brother who is in love with the same girl, and by a professional hit team. Directed by Michael Wolk, and starring Jonathan Bray, Elizabeth Van Meter and Matthew Kline. Watch on Amazon.