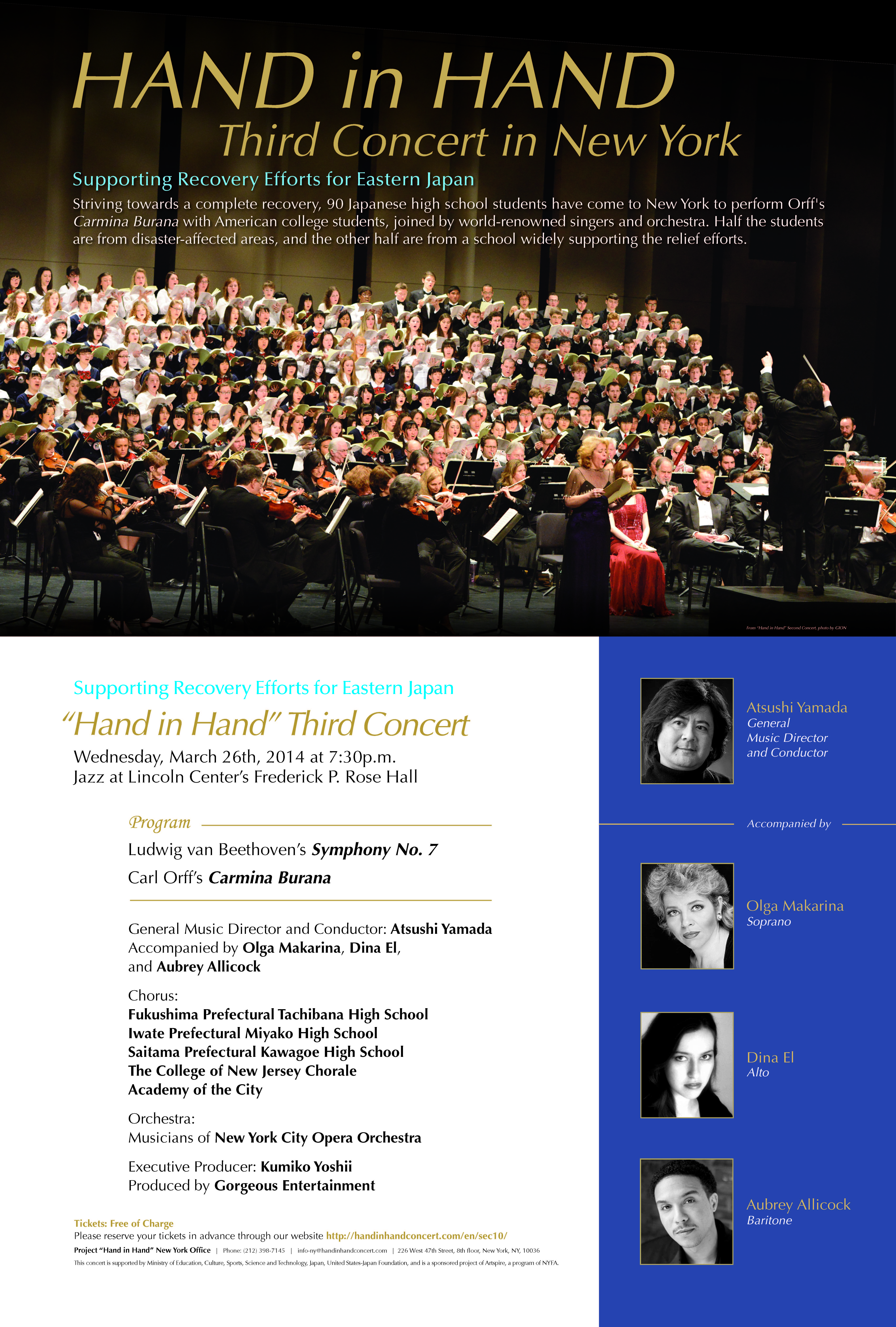 An annual charity concert benefiting victims of the tsunami that hit Japan in 2011. Children from disaster-affected areas of Japan were flown to New York City, to play in an orchestra alongside renowned professional performers.

After the Great East Japan Earthquake, Mr. Atsushi Yamada proposed and inaugurated a donation campaign that aimed to supply the utmost support to the victims of the recent disaster. This overall process was entitled “Hand in Hand.” Using the universal language of music, “Hand in Hand” aimed to continually raise worldwide awareness of Japan ongoing need of help towards recovery, while simultaneously giving thanks to all who had already given aid. So on March 28th, 2012, Gorgeous Entertainment produced this special concert at the Frederick P. Rose Hall, home of Jazz at Lincoln Center. With the help of the young participants who make up the next generation, “Hand in Hand” operates with this concert at the core symbolizing true world peace and harmony. The first “Hand in Hand” Concert was only the initial step of this process.

The “Hand in Hand” First Concert not only became a treasured memory for the New York audience, but for the young children, high school and college students, the concert gave hope and confidence toward the students’ future. “Hand in Hand” was a special occasion where the American audience was able to directly receive thanks from the victims of the disaster, as well as an appeal to remain in America’s thoughts as the work of the recovery continues. The young participants of “Hand in Hand” First Concert surely made the affected prefectures proud, and they gave all hope for the future. This concert featured different choral groups ranging from the Miyagi Prefecture, Iwate Prefecture, as well as The College of New Jersey.