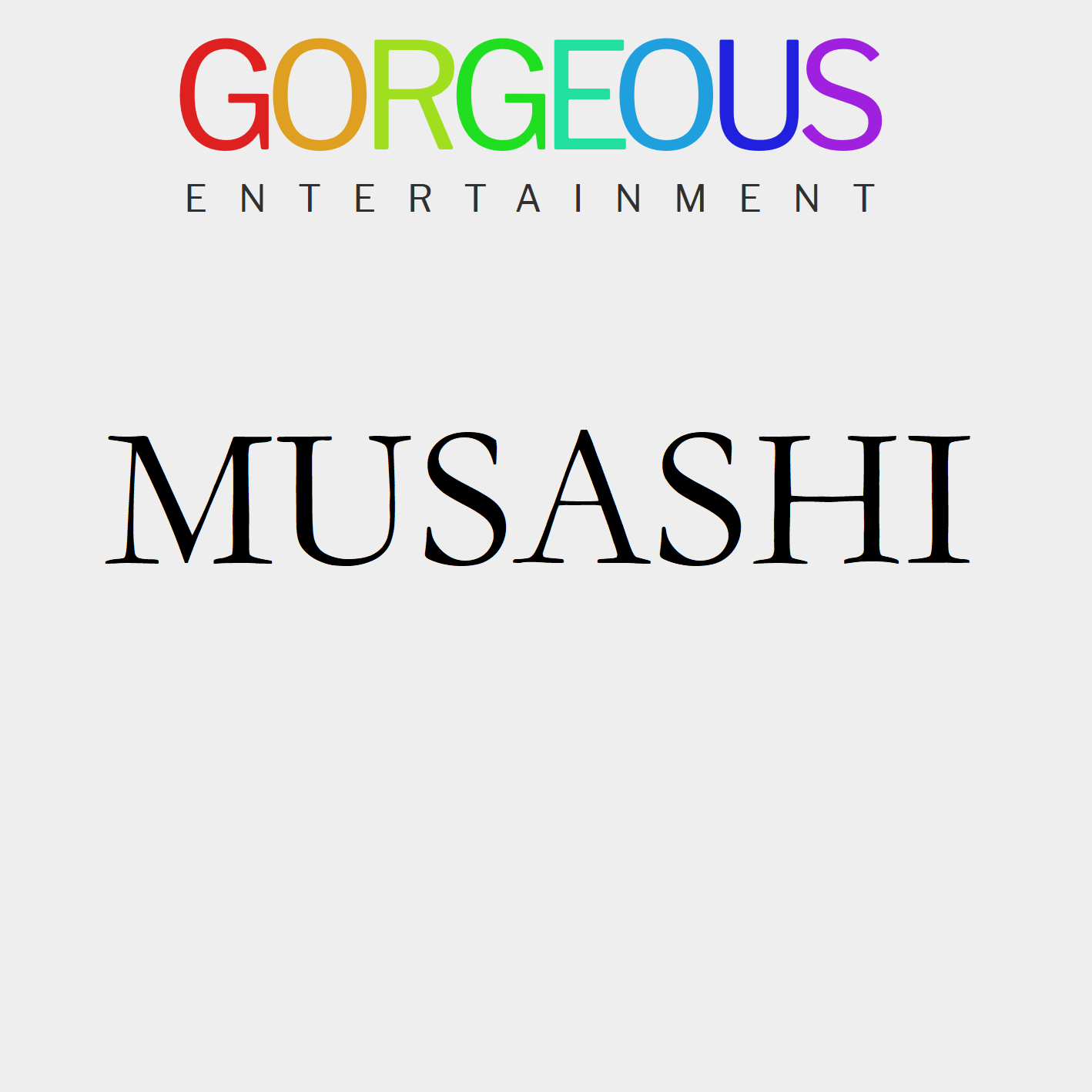 “Musashi” was a comedic play that ran at Lincoln Center. It told the slapstick story of two legendary samurai in a bitter rivalry. Directed by Yukio Ninagawa, this play reimagined and expanded upon popular Japanese folklore and history.

In 2010, “Musashi” by Hisashi Inoue found a new temporary home at the David H. Koch Theater in New York as part of the annual Lincoln Center Festival. “Musashi” was directed by Yukio Ninagawa and written by Hisashi Inoue. Japanese actors Tatsuya Fujiwara and Ryo Katsuji led the cast.

In Japan the fictitious character of Musashi is well known and heralded as a super hero of sorts, countlessly recreated in films, books, and video games. Inoue’s play centers around the 17th century samurais, Musashi and Kojiro. Commonly known as enemies, playwright Inoue took a different approach by examining what would happen if the two had met years later and were forced to make amends.

Behold the mighty samurai, standing tall and vigilant, their hard faces fixed in forbidding scowls. Tremble as they draw their long swords and assume their martial positions. Watch as they stumble and fall, shouting at one another like forcibly separated school bullies, after having had their ankles tied to those of three other men. Observe them as, still solemn-faced, they join a ritualistic chorus line, dancing delightfully across the stage to what sounds like accordion tango music.
Sara Krulwich/The New York Times

No, it’s not easy for a samurai to keep his dignity in “Musashi,” the richly entertaining Japanese production that opened this summer’s Lincoln Center Festival on Wednesday at the David H. Koch Theater, where it runs only through Saturday. The unsmiling 17th-century rival warriors at the center of Hisashi Inoue’s remarkable play, directed by Yukio Ninagawa, are every bit as adamantine and blood-lusty as films like Akira Kurosawa’s “Seven Samurai” taught us to believe their breed were.
Yet events — not to mention a focused team that includes several Zen Buddhists and a retired, motherly dancing girl of many names — conspire to chip away at the single-mindedness of Musashi Miyamoto (Tatsuya Fujiwara) and his archenemy, Kojiro Sasaki (Ryo Katsuji). And though their names, and their resoluteness, are legend in Japan, Musashi and Kojiro don’t stand a chance against the elaborate and multifarious theatrical magic that a venerable playwright and director have gathered against them.

The name of Musashi is as familiar in Japan as those of Wyatt Earp and Billy the Kid are in the United States. A swordsman, military strategist and painter born in the 1580s, he lives on eternally in the Japanese imagination as a superhero of folklore, literature, action movies and video games. This latest incarnation of him was inspired by a wildly popular novel (by Eiji Yoshikawa) first published as a newspaper serial in the late 1930s. Mr. Inoue has taken as his departure point that book’s opening scene, which details the first fight between Musashi and the younger Kojiro.

Musashi is the victor in that encounter, but he allows Kojiro to survive. Mr. Inoue’s play is a speculation — poetic, satiric, fanciful and heartfelt — on what might have happened had these rivals met again six years later.

Samurai aficionados hoping for a fantasy rematch for the ages will be disappointed, though. Musashi and Kojiro may show up in the play to make war, but Mr. Inoue, a dedicated pacifist who died earlier this year, is determined to have them make nice instead.

To that end, he has placed his angry young men in a rural Buddhist temple, where Musashi, followed by a vengeance-maddened Kojiro, has come for a three-day retreat of silence. He will find many things in this temple during the next few days, but — lucky for us — silence is not among them.

The road to enlightenment is long in “Musashi,” occupying more than three hours of surprisingly fleet-footed stage time (performed in Japanese with English supertitles). And were I to reduce its plot and moral to a bare synopsis, you would probably think that the show is sweet but simplistic. Yet though “Musashi” is at heart an extended parable, which deals more in archetypes than specific psychological portraits, there is nothing simple-minded in the way it works out the title character’s destiny.

For what has been created here is a ravishing dialogue among forms of storytelling and theater, enacted with delicate precision and robust humor by the ensemble. Celebrated for his genre-blending productions of Shakespeare, Mr. Ninagawa (whose “Modern Noh Plays” were seen at Lincoln Center five years ago) is a master of artful eclecticism. “Musashi” is, in some respects, a classic Noh drama, with that genre’s ritualized rhythms and sounds. But “Musashi” uses a stately form with a warmly reverent irreverence that doesn’t preclude a fertile sense of humor. It is telling, for example, that one of the central characters is, he admits, addicted to Noh and can’t help himself from inventing and performing the stuff on the spot.

That’s Munenori Yagyu (Kohtaloh Yoshida), a middle-aged swordsman and adviser to a shogun, who has come for the opening of a new Zen temple, presided over by the monk Soho Takuan (Naomasa Musaka) and his abbot, Heishin (Keita Oishi). They have been joined by two female patrons: Mai Kiya (Kayoko Shiraishi), the former dancer, and the younger Otome Fudeya (Anne Suzuki).

These disparate souls take a particularly avid interest in the fortunes of Musashi and Kojiro. And each of them also has a tale to tell. Well, many tales to tell, and the competition is sometimes heated as to which teller will prevail. “Musashi” often suggests a “Decameron”-style omnibus of narratives related by strangers brought together in isolation. The forms these stories take are myriad, and in some cases they appear at first to be real events, happening in real time, rather than carefully wrought narratives.

I don’t think it’s giving away too much to say that, our visiting samurai aside, all the characters in “Musashi” are actors of a sort, artists of a hybrid theater of their own making. As one says toward the end, “We know how you people like plays.” And this group is especially skilled and inventive at layers of performance.

Mai, for example, in the first act deliciously performs (with Otome) a song about the ghost of an octopus, horribly put to death by fishermen. In the second act she proves herself equally adept at creating a shameless soap opera-ish confession of her wanton youth and the child she bore and lost. Munenori is forever offering analyses of Japanese political structures and warcraft. But he is also given to those antic mini-Noh recitations, including one he’s developing about the vengeful son of a badger.

The sermons of Soho Takuan and Heishin tend to take the darnedest detours. But then nothing in “Musashi” follows a boring old straight line. It is equally possible for the conversation to be interrupted by a (blissful) stylized dance or an attack (which arrives down the aisles, so keep your legs to yourself) of marauding warriors, whose course of bloody retribution was set off by (I swear) a tea-tasting competition.

These diversions aren’t merely there to divert, though that they do in all senses of the word. Every element in “Musashi” feeds a grand design in ways you don’t quite appreciate until it’s over. That includes a set (by Tsukasa Nakagoshi, adroitly complemented by Jiro Katsushiba’s lighting and Masahiro Inoue’s sound design) that evokes traditional Noh theater, medieval Japanese prints and living, breathing nature.

Among the play’s many enchantments is a forest of tall trees that, as they bend and sigh, appear to be listening and responding to the actors. Early in the show those trees actually seem to walk, advancing forward on the stage as if to summon you into the very particular world they help define. It proves to be an irresistible invitation.