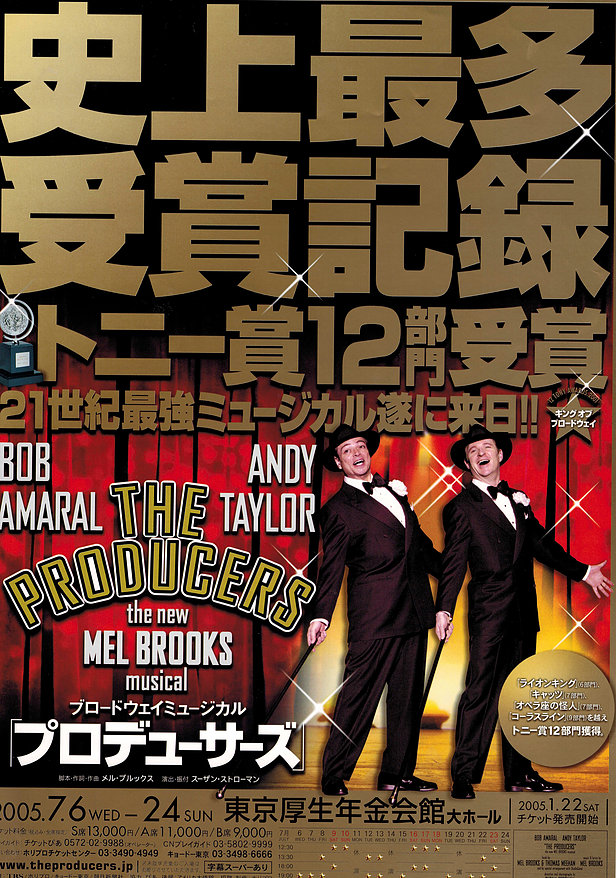 A Tokyo production of the Broadway classic.

The popular musical “The Producers” opened on Broadway in 2001. The musical ran for six years on Broadway, and a national tour followed in 2002. It opened on the West End in 2004. Coming full circle, a film version of the musical with its two stars Nathan Lane and Matthew Broderick was released in 2005. Then in July 2005, with Gorgeous Entertainment acting as a liaison, “The Producers” arrived in Japan as a Horipro production at the Tokyo Kousei Nenkin Kaikan Theater.